See that album cover above? Beautiful, isn’t it? You can buy the exclusive typeface if you want — only $30. Or how about a limited-edition jacquard woven throw blanket? Sit tight, friend — they’re sold out right now but expect more soon. All the Nordic metal bands did this too, right? No? You mean to tell me Venom never licensed its name to a line of free-trade organic coffee? Or that before the arrest, Burzum wasn’t in talks with IKEA to sell branded ceramic housewares? Odd, because when I think “black metal,” I think lifestyle music. Then again, Deafheaven is pretty much the only black-metal band I listen to. They’re that kind of metal — the kind sweetened with somber, post-rock instrumental passages and shoegaze guitars. With an album title that sounds like it belongs to a lost John Cheever story. Basically, black metal for people who use throw blankets. People not unlike yourself, perhaps.

Mogwai
Hardcore Will Never Die, But You Will, 2011

Will Mogwai ever call it a day? I ask not out of exasperation, merely curiosity. We’re a long way from prime-era post-rock and not coincidentally, from the band’s best work (think of those first four records, from Young Team to Happy Songs). What’s left is always good and sometimes excellent — if you know a more consistent living rock band on the planet, please name them — though it’s not hard to wish they were more eager to step out of their comfort zone now and then. “Rano Pano” marks a refreshing change of pace from most of the band’s recent work: rather than the usual serving of sleepy electronic rock, it’s just one riff, a climbing figure that takes exactly 20 seconds to complete on first pass, gradually picking up speed as it builds to a crushing conclusion. Not exactly Sleep-caliber stoner metal, but not exactly not that either. If they want to take things in a different direction next time, this wouldn’t be a bad place to start. 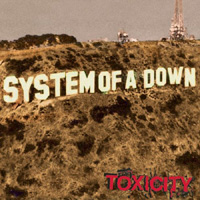 It’s Election Day here in California, and that has me in a civic-minded mood. At ballot today in my home state, among other measures promising, is Proposition 47, a proposal to reclassify personal drug use, small-scale shoplifting and other current felony charges as misdemeanors that carry reduced sentences. The goal of legislation like this, in addition to freeing up hundreds of millions of dollars in expenses and an already overcommitted corrections system, is the relaxation of drug policy many view as predatory and biased against disadvantaged populations. As of “press time,” results are undecided. Now if you’re an out-of-stater, you could spend the next hour of your night reading up on this proposed legislation and all arguments pro and con, or you could spend three minutes listening to a thrash-metal song that’s more than a decade old. Your choice, but I warn you not to underestimate System of a Down, if in fact you’re inclined to do that sort of thing. It’s not often politics and pop music make such easy bedfellows; I find that artists who are the most willing to embrace hysteria are often the most effective (see also: Rage Against the Machine). When someone’s screaming at you, it’s hard to let the words just roll off your back. This song may not ultimately change your mind, but it’ll definitely make you defend your position.

Depending on your plans for the weekend and your taste in bro-metal bands who never quite lived up to their potential, this is either the perfect song for a Friday night or your ultimate nightmare. Maybe a little of both. After 2000’s acclaimed White Pony, Deftones dialed back the ambition with a drowsy, eponymous record that never knew where to go after the first song. But man, what an opener. Achingly beautiful yet “metal” enough to qualify as one of their heaviest songs, it might also be their best. You’ll believe in a world where Kevin Shields can shred and Chino Moreno doesn’t know “Violator” by heart. Stay safe out there.