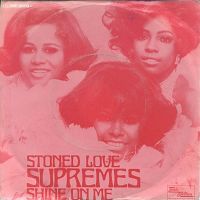 It was never supposed to be “Stoned Love.” Songwriter Kenny Thomas first coined the phrase “stone love” to describe an unshakeable bond; a typo during the production phase added the weird “-d,” obscuring the song’s meaning at first pass. Rather than the drug culture celebration many feared it to be at the time, the song was intended as an open-hearted plea for forgiveness and reconciliation, specifically timed to the Vietnam War. It would still live on as one of only two top-10 Supremes singles recorded without Diana Ross (Jean Terrell had taken over lead vocals by this time). Today, more than anything else, what stands out for me is the undeniable Funk Brothers groove that kicks in after the intro, a joyous musical affirmation of the song’s inspiring message.