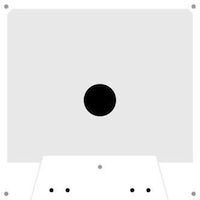 “I worry.” So confesses the soulful vocal sample at the heart of “Gross,” a 2012 cassette mixtape standout from L.A.-based rapper/producer Jonwayne. It could also double as his thesis statement. While his work thus far has leaned heavily on El-P-seasoned anxiety and apocalysm, there’s enough personality in ‘wayne’s music to suggest it’ll one day be its own touchstone. Until then, the buoyant simplicity of a track like “Gross” is more than sufficient. It’s just been remastered and re-released as the leading track on Stones Throw’s Cassette on Vinyl compilation. Rawness intact.