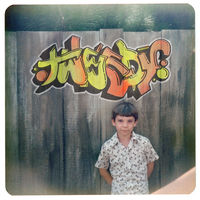 After years of being derided for his “dad-rock” tendencies, Wilco’s Jeff Tweedy has done the critics one better and recorded an album with his son. The result, a sprawling double record called “Sukierae,” is the most interesting music Tweedy’s made since the criticism started. We’re really coming full circle here. Many of the tracks share similarities with Loose Fur, his great mid-aughts side project with Jim O’Rourke and Glenn Kotche. Others sound like folky outtakes from “Mermaid Avenue” or recent Wilco albums, as you might expect. The difference is Spencer Tweedy’s drumming, which lacks Kotche’s precision but shares his experimental tendencies. Fittingly, dad records the drums at near-demo quality and builds the music around them to match. Plaintive ballad “Summer Moon” best sums up the album’s gentle melancholy.