For those unfamiliar with Dirty Projectors, “Temecula Sunrise” may take a few spins to coalesce. At first, the elements don’t add up: double-time acoustic guitar that sounds like it’s being played by King Sunny Ade; hazy, half-time drumming that threatens to fall through at any moment; Dave Longstreth’s soothing vocal offset by searing female harmonies that attack from out of nowhere. But after several listens a picture emerges, and you realize you’re hearing some of the most adventurous pop music since Talking Heads. The songwriting is as clear and colorful as the cover. 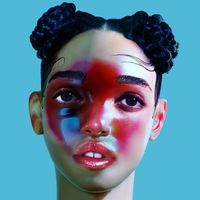 Hype is a weird beast. In the modern hipster-music economy, ruled over by sites more prominent than this one, it almost passes for currency. It certainly has the power to create careers, though it no longer seems able to sustain them. Soundcloud is littered with the bodies of buzz artists come and gone, MP3s strewn about like bleached bones. Hype can’t even guarantee quality per se; it can only tell you when other people are talking about something you haven’t heard yet. English R&B songstress FKA twigs is in the throes of the phenomenon now. The noise has been so deafening, I was reluctant to listen when friends first started talking about her last year. Precious, Pitchfork-ready images like the one you see above didn’t help. But I’m glad I pushed play. Put simply, her music strikes me as the logical next step in female-vocal R&B, the quantum leap we’ve been anticipating for some time. Remember Volta? If Bjork and Timbaland had hit it off, that collaboration might’ve sounded like this. Or if Aaliyah were still alive today … you know the drill. If this, if that. The point is, this is what’s in front of us now, and it’s deserving. I’ve chosen “Pendulum” for its beauty and for the way it makes me feel. For the way it connects the dots between Homogenic and One in a Million. For now, the future belongs to twigs.

When Hot Snakes shed a drummer to make way for Off! clubber Mario Rubalcaba on 2004’s career-capping Audit in Progress, they sacrificed garage grit for a polished precision that cannot be discounted. The album that emerged was leaner and more ruthless than anything Drive Like Jehu alums John Reis and Rick Froberg had attempted before. “Braintrust” is liquid energy, relentless and vital, one of the best rock openers I can name. “Your disposition will only make you fail,” Froberg taunts. Not for one second do you question his authority.

If you’re looking for the perfect hip-hop addition to your Disneyland Matterhorn Spotify playlist – and really, who isn’t? – you’ve come to the right place. Producer Nicolay speeds up Bing Crosby’s “A Gal in Calico” and powers it right past the 21st century, leaving plenty of room for Little Brother compatriots Big Pooh and Phonte to ruminate on fame, family and struggle. The Foreign Exchange origin story got a lot of press 10 years ago: Nicolay and Phonte created the album before they’d ever met in person after connecting intercontinentally on the Okayplayer.com message boards. While time hasn’t been as kind to the group’s later, R&B-slanted material, Connected still sounds like the product of a future Fantasyland. 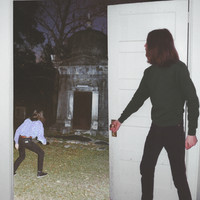 While you may not know the name, L.A. underground M.C. Blu has developed one of the strongest voices in hip-hop over the past decade, following his internally-rhyming muse for better and worse through any number of abrupt stylistic turns. Here we have him diving headfirst into a gorgeous Samiyam beat: asphalt-radiant and shimmering, “even when the sunshine dies.” He’s equally at home over classic soul, half-baked home tapes and West Coast beat-scene freakouts. “Soupa” splits the difference to divine something fierce and new.