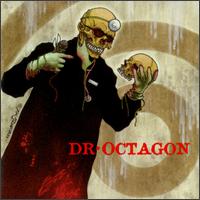 No measure of backstory can prepare you for the first time you hear Dr. Octagon, the time-traveling surgeon and “lady doctor” from another dimension. The debut album from one of the many outlandish personas of rapper Kool Keith pairs scatological, rapid-fire non-sequiturs with Dan The Automator’s stellar old-school-as-new-school production. Groundbreaking for its time, Dr. Octagonecologyst is credited in part with helping popularize the underground hip-hop movement, paving the way for the MF Dooms and Tylers of today. And even though it’s been nearly 20 years, shit still sounds like the future.