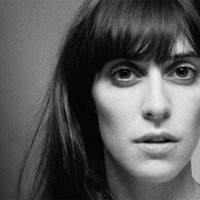 Something a little different today: a look at Leslie Feist’s “Intuition,” from demo to completion. The original, pulled from 2001’s unreleased The Red Demos, is my favorite of all her recordings: a smoky, back-room lament whose plodding pace and spare instrumentation fit the defeated mood perfectly. Ironically, the final version — released on 2007’s breakout The Reminder — is even more sparse, stripped of everything but hometape-quality acoustic guitar and some light studio touches on the middle bridge and outro. The sad, subtle integrity of the song holds up no matter which version you’re listening to, a nice reminder of the artist’s skill as a balladeer.