History will prove there was nothing wrong with the albums U2 made in the ‘90s. Not just Achtung Baby but Zooropa and Pop too — nothing wrong at all. Sure, each album bore with it attendant overhype, ambition bordering on the unseemly, a too-healthy dollop of ego and of course … Bono, always Bono. But those who complained should’ve saved it. The real reputation damage would come later, as anyone who’s heard their last three albums can attest. No, ‘90s U2 had balls, and after scaling the pop world the decade prior, they’d earned the right to care more about art than charts. Take Zooropa closer “The Wanderer,” a synthy, quasi-Western spiritual with Johnny Cash on lead vocals, struggling to survive in an apocalyptic world without God. This was before American Recordings, before it was chic to love The Man in Black again. Historical proof of a time U2 when wasn’t afraid to take a risk — days that are long gone now. 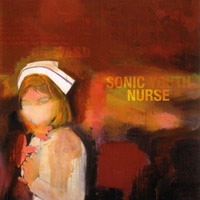 Never was a huge Sonic Youth fan, at least not in the way many are. I was too young to hear the band in their critical prime, and when I finally decided to care, records like Daydream Nation and Goo felt dated to me. Perhaps enough time had elapsed for the group’s influence to be fully absorbed by guitar culture (and me). But I hold a soft spot in my heart for the Jim O’Rourke era, 1999-2005, when SY opened up its sound to incorporate cleaner, leaner, classic rock tropes. “Unmade Bed” would be a relatively tame showing for this band in any era, but that restraint works in the song’s favor; these are guitars that know exactly when to stand and when to stay seated. Daydream is in the Library of Congress, but Sonic Nurse is the album I’ll always remember.

Epic, shiny, big-gesture power pop. There’s an art to this kind of thing, and as many have noted, Teenage Fanclub does it as well as anyone. The Scottish Big Star devotees continued to hone their craft after 1991’s Bandwagonesque, settling into a slower, more polished, more textured guitar sound. The intent remained, as ever, a pursuit of perfect pop song craft. “About You” opens Grand Prix with a simple, swinging hook and lush harmonies. The words might mean something or nothing at all, but they’re delivered with such conviction that you can’t help but agree. I love that fifty years after The Beatles, bands are still making music that feels this way.

When Hot Snakes shed a drummer to make way for Off! clubber Mario Rubalcaba on 2004’s career-capping Audit in Progress, they sacrificed garage grit for a polished precision that cannot be discounted. The album that emerged was leaner and more ruthless than anything Drive Like Jehu alums John Reis and Rick Froberg had attempted before. “Braintrust” is liquid energy, relentless and vital, one of the best rock openers I can name. “Your disposition will only make you fail,” Froberg taunts. Not for one second do you question his authority.

If your favorite singers are the ones who can actually sing, you may as well just check out now and come back another day. With his knack for overshooting the key and staying there, Greg Dulli will not be found to your satisfaction. If, however, you’ve come to the realization that genuine soul favors feeling over execution, sit your ass back down – The Afghan Whigs are your new favorite band. This late-era album opener doubles as a perfect introduction for the uninitiated, capturing the sweat and grit of the Whigs’ funk-soul worship without disavowing the driving rock band they always really were. And when Dulli launches into his trademark yowl at the halfway mark, the enlightened listener will know his liberation.

Spoon has a new album out, maybe you’ve heard? It’s called They Want My Soul, it’s getting rave reviews, and to be honest I can’t get into it at all. Soul is Spoon with the edges sanded down, another reminder that this band relies as much on production as songwriting to get its point across. Girls is/was Spoon at its deconstructed finest, relying on close-mic drumming and lots of open space to maintain a nervy, restless edge even when there isn’t much music to speak of. “Believing is Art” scratches and scrapes for more than three minutes before eventually collapsing into full-on garage rock. There’s blood in every note. 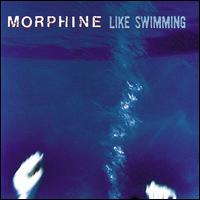 Occupying a space opposite most of Morphine’s musical output, “Swing It Low” feels like the dream at the end of the party. Over an insistent, flanged-out shaker loop, delicate guitar, ambient hum and tablas – and sans the group’s signature “low-rock” bass/sax combo – vocalist Mark Sandman looks forward to brighter times. “I got buttons burstin’ in the air/Ideas, runnin’ fingers through my hair/My shoes, they’re ready to move.” It’s a rare optimistic missive from a musician not generally remembered for them.

Depending on your plans for the weekend and your taste in bro-metal bands who never quite lived up to their potential, this is either the perfect song for a Friday night or your ultimate nightmare. Maybe a little of both. After 2000’s acclaimed White Pony, Deftones dialed back the ambition with a drowsy, eponymous record that never knew where to go after the first song. But man, what an opener. Achingly beautiful yet “metal” enough to qualify as one of their heaviest songs, it might also be their best. You’ll believe in a world where Kevin Shields can shred and Chino Moreno doesn’t know “Violator” by heart. Stay safe out there.

An underline holdover from the heyday of ‘90s indie-rock, Built to Spill was never gonna be anyone’s first choice to pull off an original reggae jam. “They Got Away” succeeds in large part because the elements that make a up good BTS song also happen to accommodate the genre. The signposts are all here: the easily repeatable vocal melody, a simple but undeniable bassline, that floaty/echo/reverb/overdub thing Doug Martsch was into back in 2006. From previous experience, Martsch knows enough to cut the vocal well before time’s up, leaving room for an extended jam that pays tribute to tradition without wrecking his bona fides. If more reggae sounded like this, I’d listen to more reggae.

If you’re gonna rip off Crazy Horse, this is the way to do it. As the first song on the first record from Jason Molina’s Magnolia Electric Co., “Dark Don’t Hide It” made clear in no uncertain terms that Molina was ready to leave the quiet folk of Songs: Ohia behind. In just under six minutes, he and his compatriots barrel over acres of Americana, leaving a Neil-sized cloud in their wake. Imitation-as-flattery never lingered so good. Commit this one to memory, then spend the rest of your life appreciating the treasury of traditional songwriting Molina left us with.